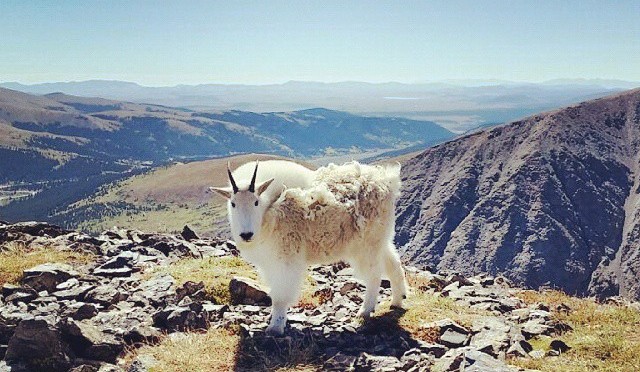 One of the best things about Rocky Mountains is its wildlife, and here’s my list of the cutest ones. 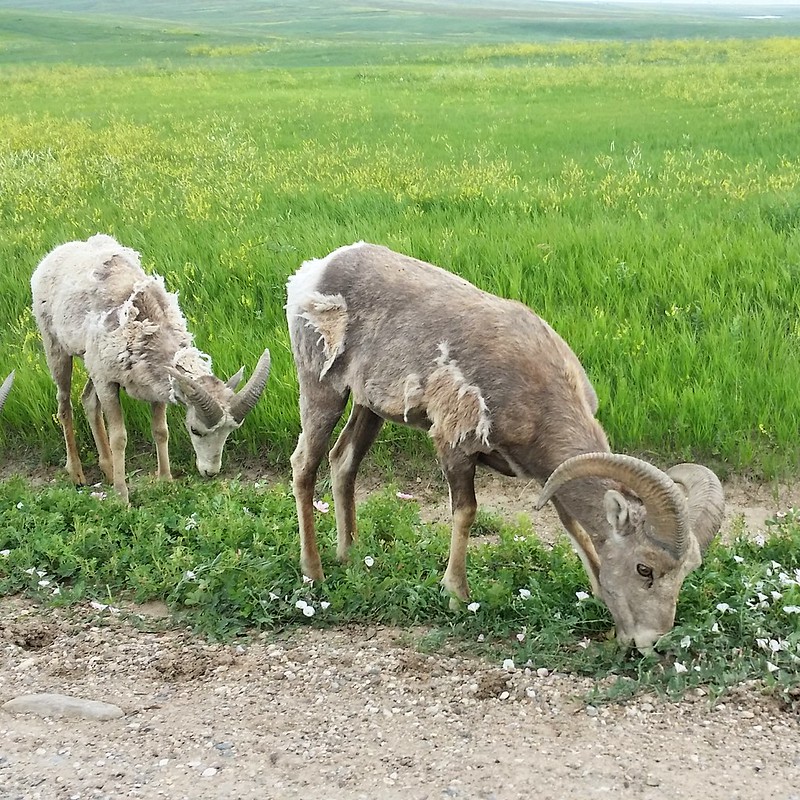 Big horn sheep move in small herds. They spend their summers high up in the Rocky Mountains, but when winter comes, they retreat to lower elevations with more vegetation. The ewes’ horns are straight and short, but rams can have large horns that round around their heads like Princess Leia’s hair. The horns also are the key to telling the age of a big horn sheep. 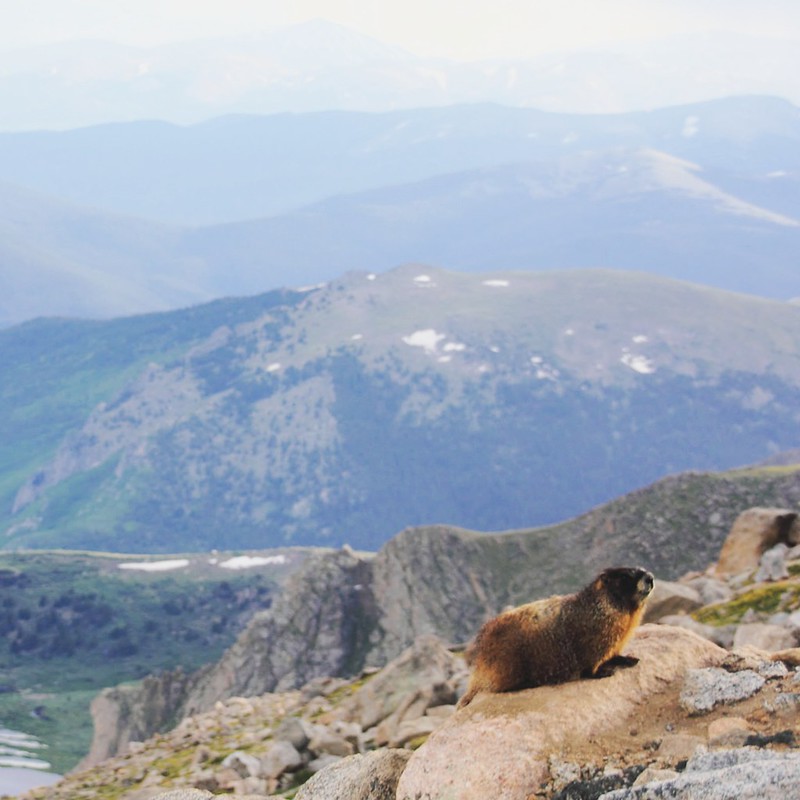 Rocky Mountain yellow-belly marmots are larger than their cousins, the European alpine marmots, and it sure isn’t because there’s more food in the Rocky Mountains – there isn’t. Our neighbor guessed it’s because tourists feed the marmots here with nuts, but here’s a newsflash for anybody doing that: if marmots eat food that isn’t a natural part of their diet (like nuts, potato chips, you name it), they gain the wrong type of fat in their bodies and might not be able to wake up from hibernation. Marmot hibernation is a kind of true hibernation, where their body temperature lowers down close to freezing point and their heart beats only a couple times a minute.

You’ll be bound to see marmots almost any time you hike above tree line during summer. Mountain goats are easily recognizable thanks to their thick fur coats. In the photo, that’s a mountain goat with its summer fur on, so imagine what it’s going to be like in the winter! Mountain goats are larger than your average domestic goats, and they can even be a little scary when defending their young. They spend their days high above tree line but descend to valleys during dusk to eat. Mountain goats are just as good climbers as big horn sheep, and they compete over same territory.

We’ve only seen mountain goats once, while climbing to Quandary Peak. 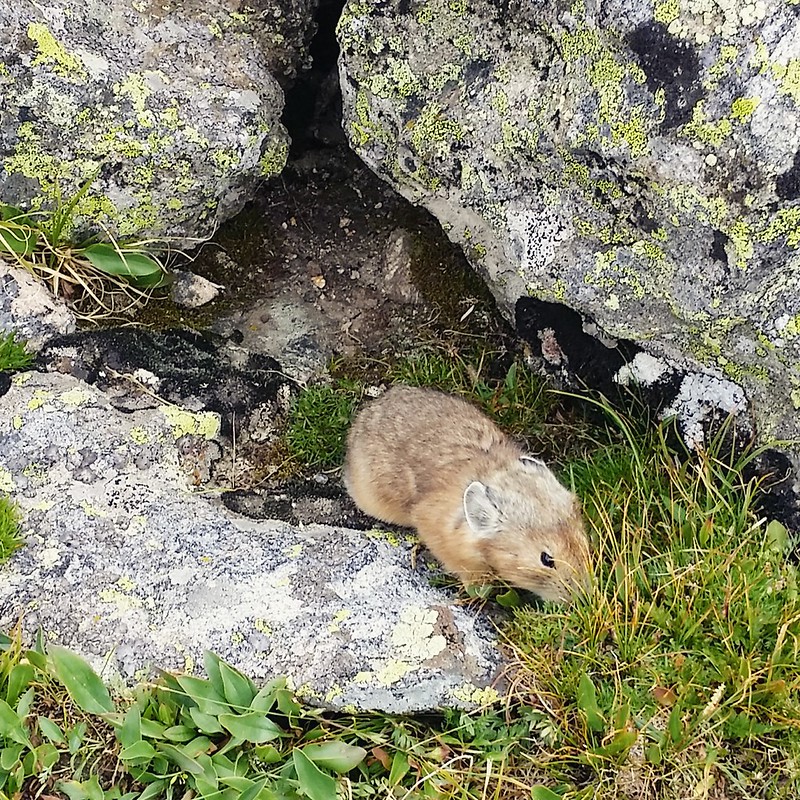 Pikas are easier heard than seen: a high-pitched “eep eep” sound resonates around the tundra, but these small hamster-sized animals move lightning-fast among the rocks, so you need a real eagle eye to spot them. They’re actually not related to hamsters at all but are closer to rabbits, and a rumor tells they’ve been an inspiration to another lightning-fast animal – Pokémon character Pikachu!

Pikas are only seen on the highest mountain tops, far from tree line. 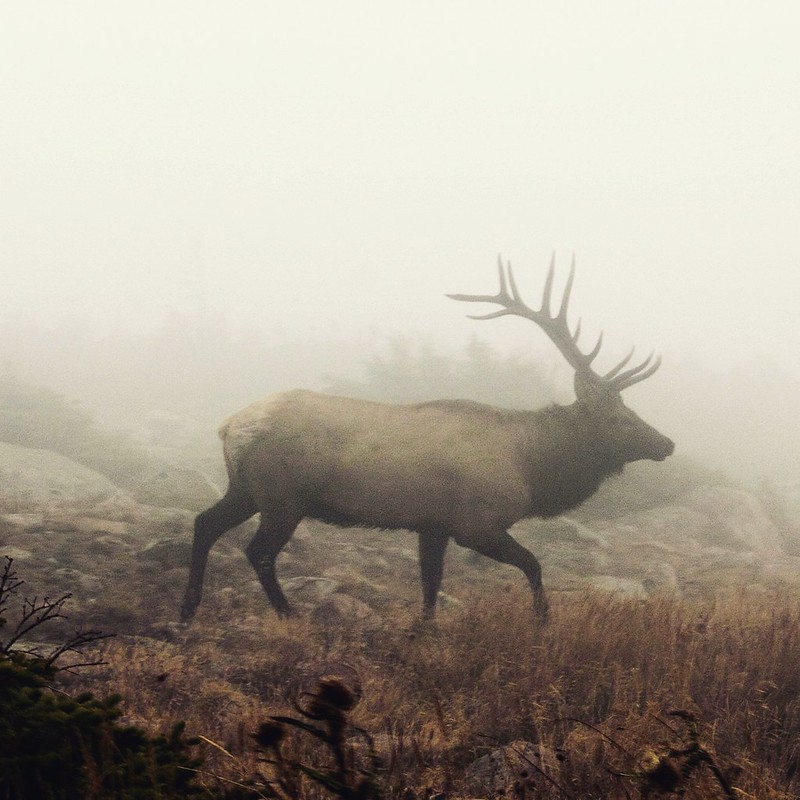 Another name for the elk is wapiti, which comes from Cree language and means “white rump”. This slightly-smaller-than-moose moose-like animal wanders around the Rocky Mountains in large gangs during summer and descend to the mountain villages during winters. September is the best time to go elk-spotting in Rocky Mountain National Park, because that’s the time of elk rut, when large bull elks clash their horns against each other and tourists block roads with their cars trying to take photos. Elk is the only animal on this list that is often hunted for food, and venison is served in many of the area’s restaurants.

You are almost bound to see an elk if you visit Rocky Mountains National Park and Estes Park, no matter the season.