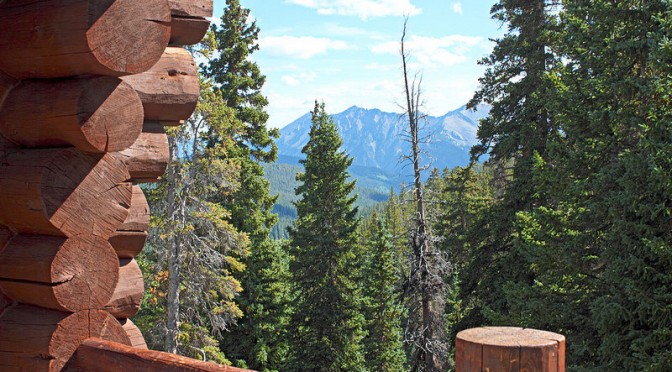 I like to go to the sauna. I like the moment when water hisses off the stove, a soft heat spreads above the benches, and I hold my arms around my face to protect them from the steam. I like sweating it all out and then heading outside to cool off, take a plunge in the sea, or just sit on the porch with a cold beer in one hand. Afterwards, I like returning back to the dimly lit sauna to calm down, relax, and repeat it all again.

It’s been half a year since I was in a sauna, so it was about time to get to one – and what a great moment that was, right after a long hike, dragging my bag and me up a mountain to an altitude of 3,5 kilometers (11,600ft)! 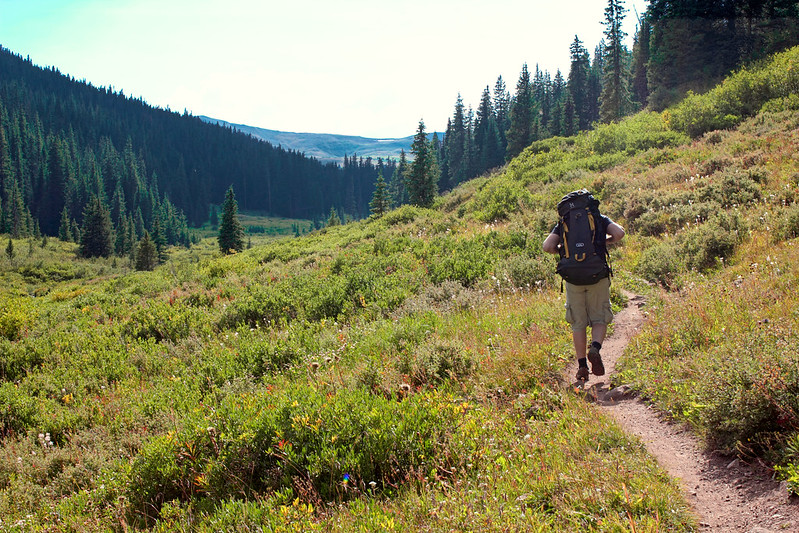 In Colorado, 10th Mountain Division Hut Association runs a network of mountain huts, most of which are far from any roads. In the summer, you can hike or bike there, and in winters you use skis or snowshoes. Everything you need, you must bring along with you. The amenities in the huts vary, but generally they don’t amount to much: at Janet’s Cabin, we had a gas stove and lights powered by solar panels, but running water we needed to fetch ourselves and purify from the creek nearby.

We had picked Janet’s Cabin as our weekend stay for the sauna, of course. Not every cabin had such luxury, and we weren’t sure how much of a luxury this would be, because American saunas can be weird with carpets and “no throwing water on the stove”…. but luxury it was. A pot for warm water was missing, but otherwise as a Finn, I’d give it an A+ rating. We didn’t have a lake for swimming up near the tree line, so Iiro stepped around in the icy cold creek, I cooled down in the crisp mountain air with a beer that I’d dragged with me to the mountains just for this occasion. 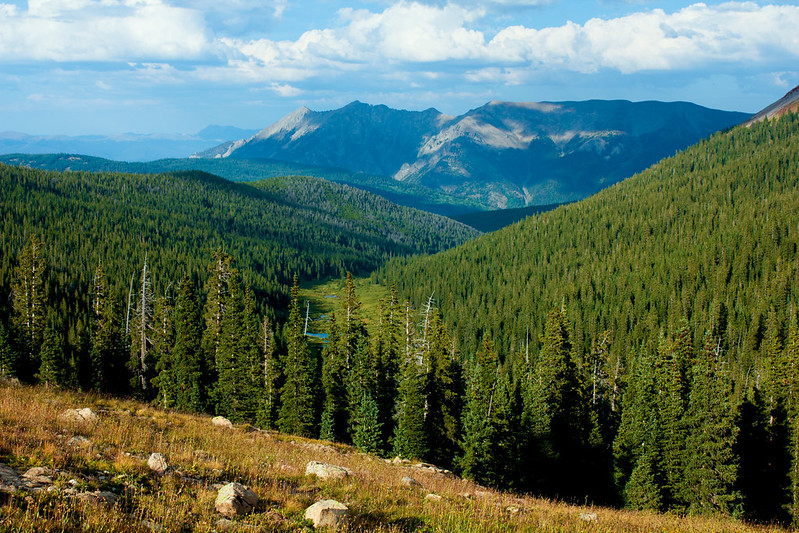 10th Mountain Huts are shared so that they might have several different groups at the same time. For example Janet’s had 16 beds, spread around bunk beds in four bedrooms. On weekends, the huts are usually full, and I’d read beforehand that the guests can be a varied bunch of people, all ages and all group sizes. However this time with our Finno-German group of four, we had 12 retirees, who gathered in the evening by the fire to do puzzles and couldn’t care less for the sauna. That was fine for us, we were happy to spend the evening with just our group. 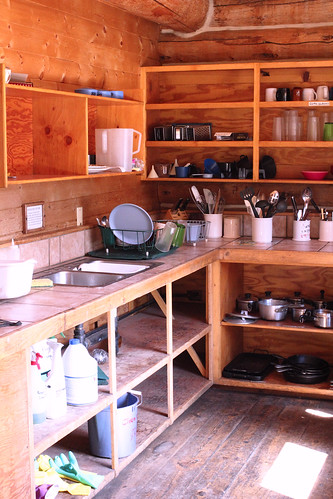 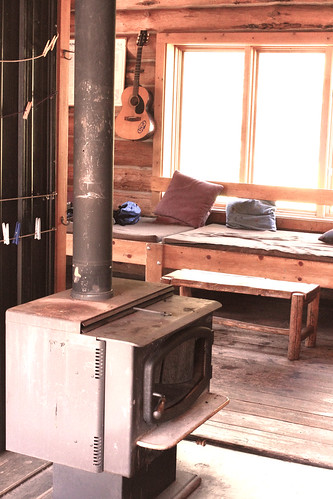 Huts are $40 per person per night, which might seem first a bit steep for a bed with little amenities. But when you think about the location of the huts, it makes sense: it’s over 10 kilometers to the nearest road from Janet’s Cabin along the Continental Divide Trail. Even if some of the hut’s maintenance is done with the help of pack animals, huge gas tanks and firewood for the winter must be transported through other means… 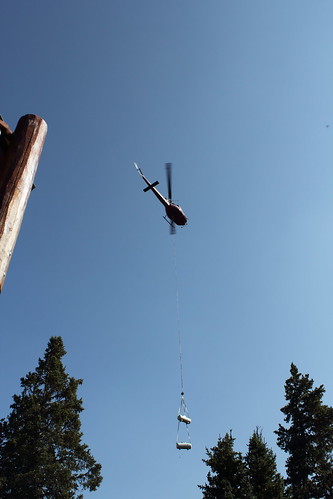 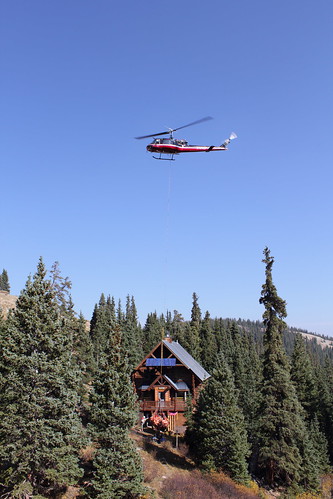 Waking up in the morning at the cabin, my head was aching in a way that couldn’t have been just because of the couple of beers. At over 11k feet (3,5km), the air is thin enough to cause mountain sickness even if we live at a fairly high elevation ourselves. If you’re from lower elevations, I recommend catching your breath for a couple days somewhere a bit lower. 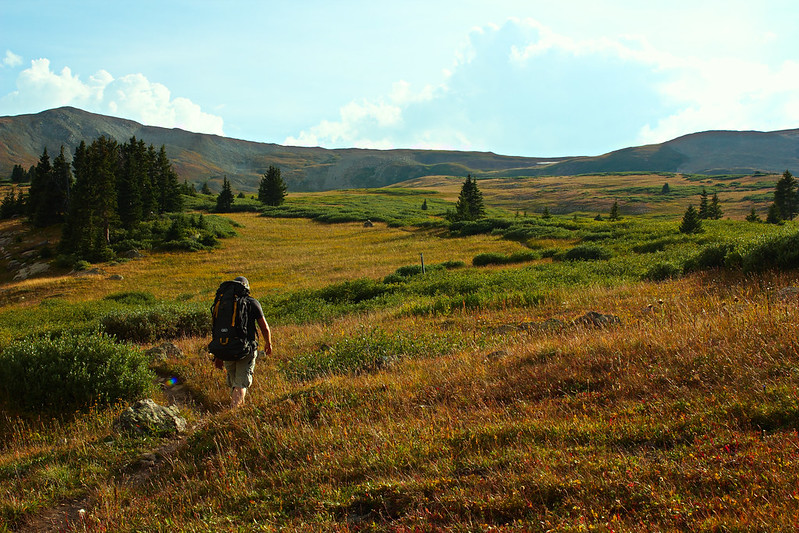 Janet’s Cabin is one of those huts that are along the Continental Divide Trail (CDT), the same route that continues from New Mexico up 5000 kilometers (3000 miles) all the way to the border of Idaho and Canada. CDT is less known than Pacific Crest Trail (recently made mega-famous by Wild), and it’s also more demanding: less than 100 people have through-hiked it. We walked it for only 10 kilometers on a section where it overlaps with much shorter Colorado Trail (CT). CDT is one of the most bad-ass trail achievements out there, but CT is possible to hike through in just 4-6 weeks, and thanks to the Mountain Hut Association, you won’t have to sleep in a tent all the way.

The huts are popular around the year, but especially during winter weekends, when you should start planning your trip already previous spring. Besides Janet’s Cabin, you can find saunas at Francie’s and Shrine Mtn Inn. All come with terrific mountain views!